The birth of DinoRANK has changed the landscape of SEO tools. 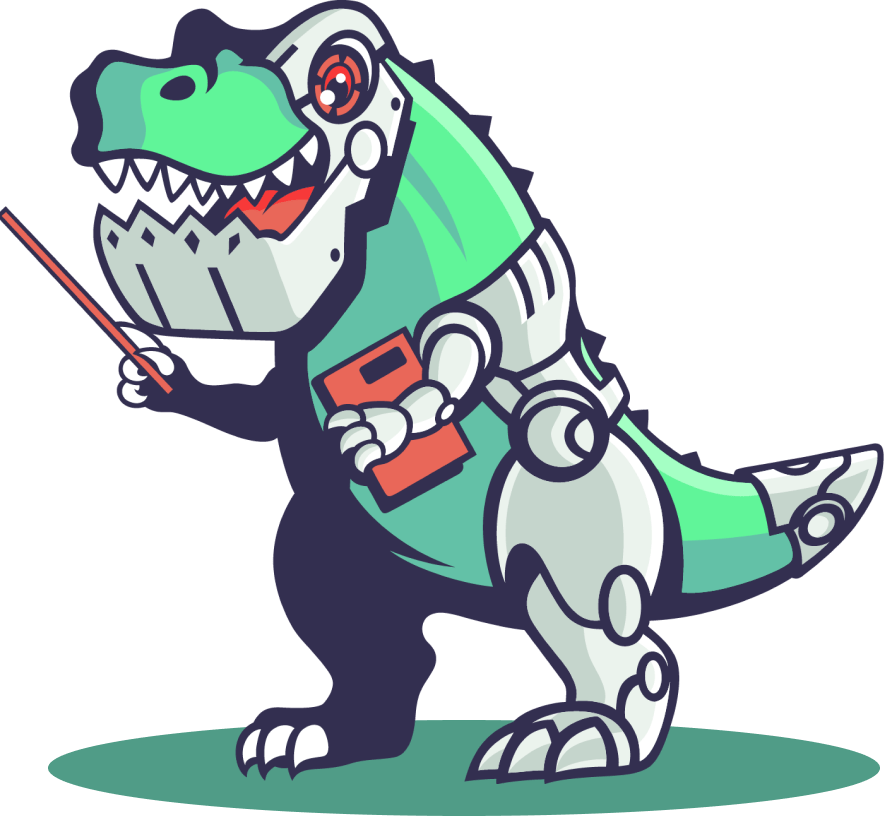 The story behind DinoRANK is quite a journey.

And for the first time I am going to write it myself, Gaby, co-founding partner of DinoRANK.

I am a computer engineer and I have worked in almost all technical areas that can be touched in the web world. In 2012 I decided to become an entrepreneur, I set up several companies, but I did not achieve the success I expected. In the end I managed to get one of those companies to do relatively well and I threw myself into it.

So to boost that business, in 2017 I took DTV, Dispara Tus Visitas (Boost Your Visits), Dean Romero's course, to improve my SEO skills and increase sales.

And it was during that course that I realized that almost all the tools that Dean used (which were quite a few and cost a lot of money), I could make them myself and save that money. 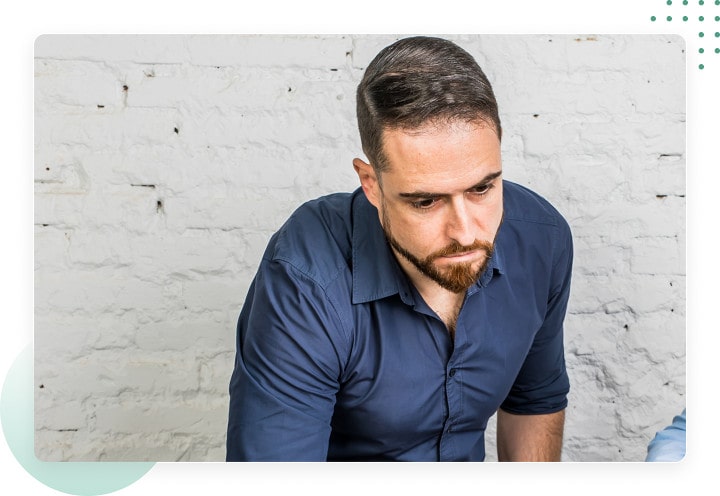 At that time I thought about creating a suite of SEO tools and bringing it to the market for a lower price. It could give access to a professional tool to a lot of people who can't afford to pay what the suites on the market cost.

That's when I contacted Dean

I wanted him to be my partner because of his experience as an SEO, his knowledge of the industry, his ability as a marketer and the community he already had in Blogger3cero.

He did not answer me. For several months. But I refused to accept that rejection.

I knew deep inside me that if he listened to me, the project I had in my head would become real.

Dean was in a complicated personal moment, he had gone on a trip and was not answering any emails.

I then decided to use the "silver bullet" I had in reserve.

I posted a comment on a Blogger3cero post (I knew Dean replied to all comments), telling him that I had written him several emails to propose something and he had not answered me. 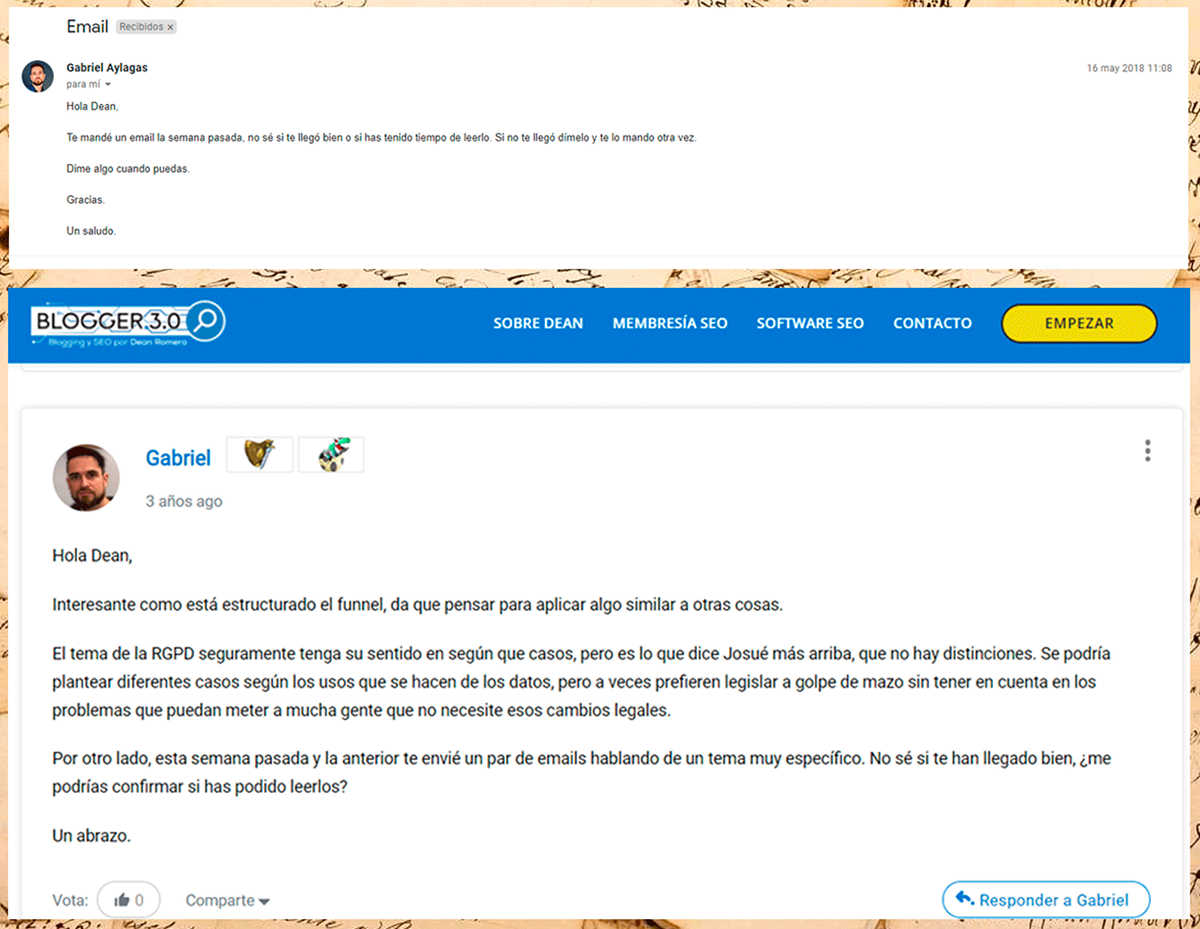 I took a risk because, in a way, I embarrassed him a bit. But he responded.

And, as we wrote to each other, I felt him more and more receptive.

And we finally met.

I knew I had to sell him my project, but I had a feeling it was going to be relatively easy.

We met at the Starbucks in the Shopping Center Plaza Norte 2, in S. Sebastián de los Reyes.

I brought some printed pages with details of the tools I had prepared for myself that had no design or usability for the client.

I just wanted to show the features at the concept level.

I'll tell you that even today, when we are joking, Dean still tells me that I presented the project to him looking awful.... But he always admits that as soon as he saw me, he realized that I was a hungry entrepreneur, that the project was solid and that it really had a lot of potential.

The embryo of DinoRANK was born with the sole objective of solving a very simple problem:

To ensure that our users do not have to spend a lot of money to position their pages in Google, improve their visibility and increase their income. 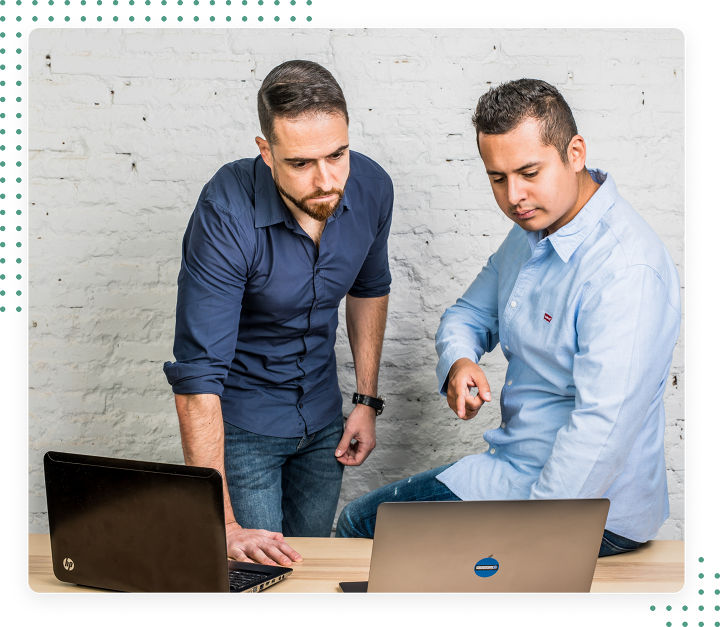 And the party begins.

I started to make diagrams, distribute times and tasks and I got really into scheduling.

I'm going to tell you something I won't forget.

At that time, my eldest daughter was a very poor sleeper and had to be walked around in a stroller for quite a while. So much of the analysis of DinoRANK, I was doing during those night walks. And in the morning I would work in that code.

Dean took care of moving and preparing all his contacts in the SEO world. He gave them access to the beta version of the tool so they could test it, and with their feedback we polished the initial bugs, adjusted details...

After a few months came the crucial moment: the launch of DinoRANK.

We were going to change the SEO world with a tool that did not exist on the market in terms of usability-quality-price ratio.

And it was a real disaster.

Dean had created a lot of hype among his contacts so, when we launched, a lot of people bought in all at once and problems arose that we hadn't detected in the beta version.

The system was not holding up, the tool was slow, it was crashing all the time...

I spent two weeks sleeping about 4 hours a day with an incredible level of stress, but I managed to restructure the parts that had failed.

DinoRANK was already a product that entered the SEO suites market to transform it for good.

The progression has been incredible.

I remember one of the "Cañas-SEO" meetings Dean attended. He told me that two men approached him and told him that they had come to Madrid, from Malaga, just to thank him in person for creating DinoRANK and to tell him how much his work made their job easier.

From Malaga! The rush it gave us was incredible.

Every day, users write to us telling us about their success stories.

People auditing their websites, making their niche pages or providing services to their clients and making money through the tool. It really is something that makes you.


DinoRANK is an all-in-one seo suite that is accessible, has quality and power and is economical, something that does not exist in today's SEO market.

DinoRANK is made for digital professionals in any field.

People whose core business is not SEO, can work on SEO in a simple way.

SEO writers and copywriters can write their texts and optimize them for Google rankings.

And it is also made for professional SEOs of different sizes.

With DinoRANK you can work a quality SEO without spending a lot of money.

Niche players, SEO consultants and agencies can position their websites or those of their clients at a professional level.

DinoRANK is the alternative to SEO tools that you will find.